Goodwin Alco has recently helped complete the repainting of railmotor HPC 402 for its friends The Rail Motor Society at Paterson, NSW.

A team comprising of Goodwin Alco Director and TRMS member Peter MacFarlane and several other TRMS members, cleaned, sanded, masked, painted, lined and decaled 402 in under 4 weeks and in time for its around the state tour for ARHS NSW.

It is believed that 402 was last painted in the late 1980's at the railway carriage works Eveleigh whilst being prepared for radio network test duties.

The application of the new livery was sponsored by Goodwin Alco who supplied paint and materials at no cost and also produced and applied reproduction shaded lettering decals to the traditional design to denote carriage classification, seating configuration and numbering.
Special thanks is due to oldmate Tony Matthews for his excellent skills in producing the lettering files.

All agree that 402 now looks better than it has for many years and hopefully it will continue to provide excellent heritage service in the future. 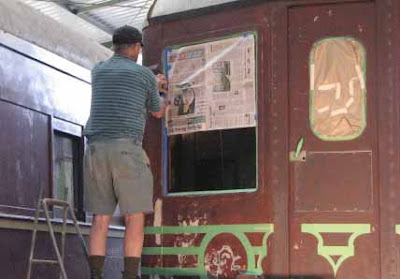 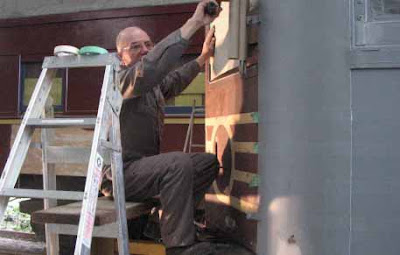 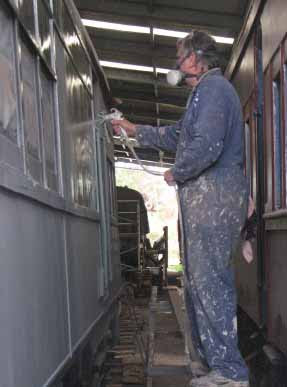 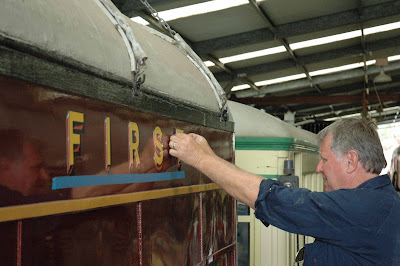 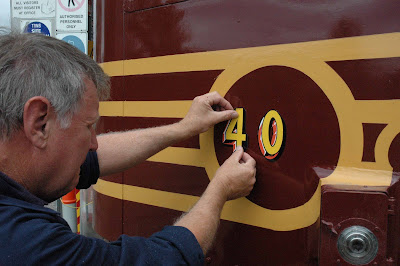 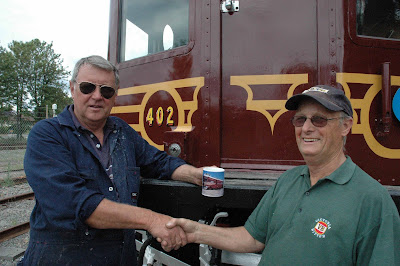 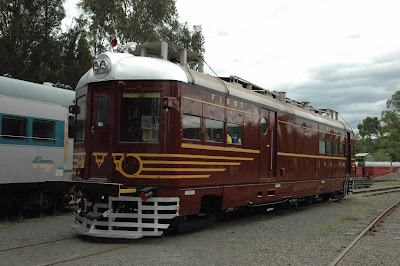 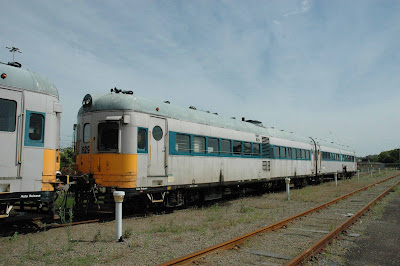 Goodwin Alco is pleased to announce the addition of railcar set 629/729 to its rollingstock fleet.
Goodwin Alco successfully tendered for the purchase of the railcar set from its previous owners RailCorp who decommissioned the unit in 2007.

Entering service on 3/12/1963, 629/729 was one of 18 2 car 620/720 diesel train sets built at the NSWGR Rollingstock workshops Chullora to replace steam hauled passenger operations in NSW suburban and country areas.

Known to many as "Sputniks", "grubs" or "sausage trains", these trains streamlined running schedules and services in many parts of the state and provided service to the NSW travelling public for over 45 years.
629/729 spent its last in service years on the Newcastle to Scone & Dungog runs and although retro fitted with modern traction & compliance systems and a new colour scheme, its overall appearance and configuration still remains largely as it looked when delivered into service.
Goodwin Alco intends to restore 629/729 using authentic fittings and colours and utilise it to operate heritage tours throughout NSW in the near future.

Unit 629/729 maintains Goodwin Alco's preservation focus on the products of manufacturer AE Goodwin as its bogies were built under contract for the NSWGR.

Any information, photos or equipment to assist with 629/729's restoration would be greatly appreciated by Goodwin Alco.
Posted by Old Mate at 2:07 AM No comments: