On Saturday May 29 former Patricks locos 7307 and 7321 commenced the first leg of their final journey to preservation being moved from Botany to Eveleigh by Goodwin Alco locos 4501 & 4833. 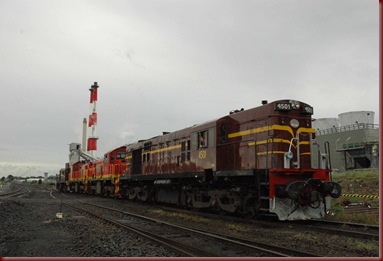 Despite the gloom of a wet Sydney day spirits were high amongst the faithful volunteers who had gathered and volunteered their time to ensure that the units recently purchased by the Oberon Tarana Heritage Railway were safely transferred and secured.

Having been the subject of some theft and vandalism at Botany and purchased “as is, where is” the combined efforts of the Lachlan Valley Railway, 3801 Ltd and Goodwin Alco joined forces to prepare, transport and secure the engines ready for their journey West to their final home. 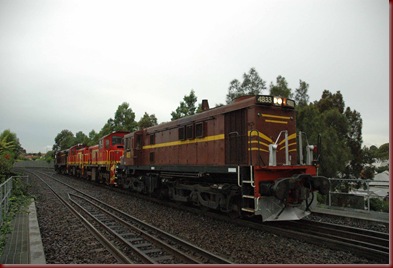 Thanks to the generosity of Lachlan Valley Railway who moved the locos at cost, 3801 Ltd who provided temporary shelter and workshop facilities at Eveleigh and Goodwin Alco who donated the use of locos 4501, 4833 and the fuel used for the transfer, the Walkers built locos are now undergoing repair and recommissioning works. Soon the move west to Tarana will be possible and the OTHR locos will commence the next stage of their service career and enter their second period as preserved units. 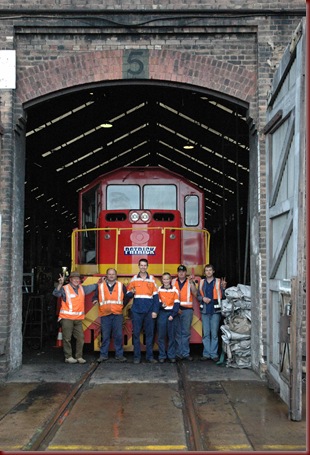 Goodwin Alco wishes OTHR well in their endeavours and encourages anyone interested to support their activities via physical and financial support to preserve and reopen the unique “pioneer” line from Oberon to Tarana.

For more information on OTHR’s activities visit their website at: