Another old girl saved and started!

Breaking news reports that another example of Alco diesel locomotive engineering has been saved for preservation, this time by the Australian Railway Historical Society ACT division.
Successful negotiations saw the ownership of DL500 model loco 4468 transferred from CFCLA to ARHS ACT in November and in early December the loco was transferred from Lithgow to Canberra utilising SSR haulage to Sydney and Goodwin Alco's own 4833 to complete the journey to our nations capital. 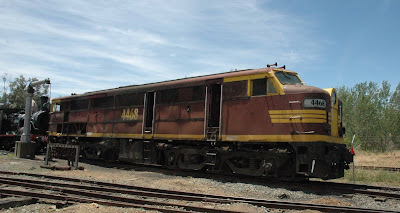 On December 4 Goodwin Alco representatives travelled to Canberra and after inspections and preparations with the ARHS loco team started 4468 for the first time in preservation. 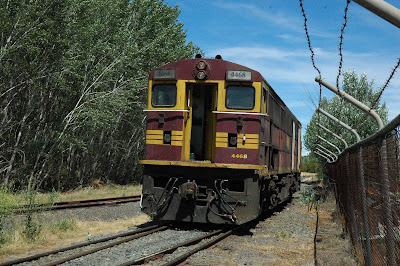 Works required to restore 4468 to mainline service are expected to take some months so if you live down south and love your alco's why not get involved in the full restoration project?
At the very least keep up to date with progress at: http://project4468.blogspot.com/
or donate to the project - Donations over $2 are tax deductable!
Posted by Old Mate at 2:27 AM