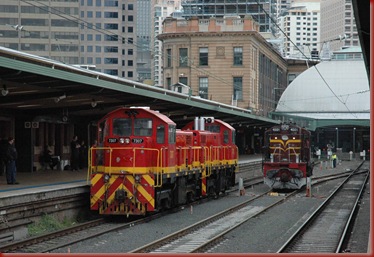 After a 7 week “sleepover” at the Eveleigh Large Erecting shop OTHR’s first locomotives 7307 & 7321 have moved west and have now reached their new home of Oberon . 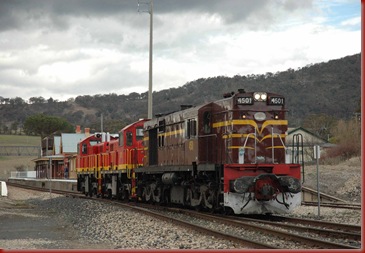 Thanks to a great combined effort by OTHR, LVR, 3801 Ltd and Goodwin Alco the locos headed west to Tarana on Saturday 24/07/10 hauled by Goodwin Alco’s locomotive The 4 5 0 1 and the following day were lifted off the rails and transferred to Oberon by road. 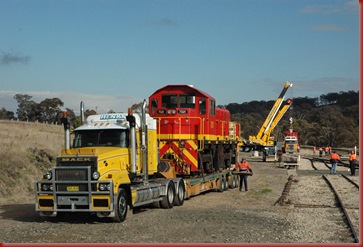 Whilst at Eveleigh the locomotives received considerable attention from OTHR members, Goodwin Alco and other supporters to improve their condition prior to their journey over the Blue Mountains and beginning the next chapter of service in their railway career. Eveleigh was the overhaul location for 73 class locos for many years so it was fitting that the locos returned there for attention.

In addition to coordinating the relocation of the locos Goodwin Alco donated the operation of The 4 5 0 1 for this movement and replacement equipment including air brake components, windows, number boards and specially produced “Oberon” depot plates. 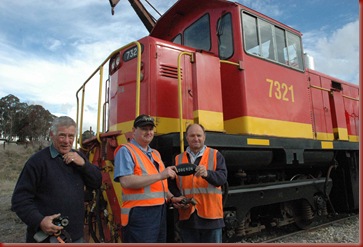 Goodwin Alco is pleased to be associated with OTHR’s efforts to reopen the Oberon branch line for heritage operations and congratulates them on their remarkable progress to date.

To keep up to date with progress at Oberon go to:

http://othr.com.au/ or become a member and get directly involved in the activities of this exciting project. 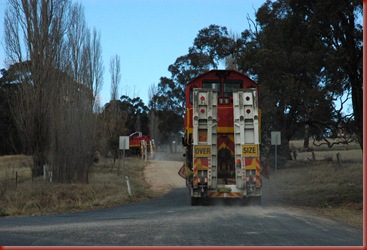 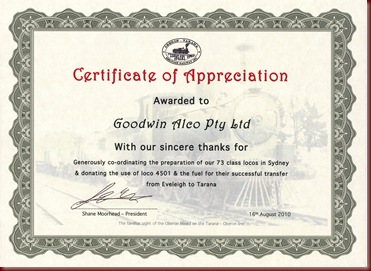