Developed for serious haulage duties as the “working mans” version of the pretty boy 44 class, the NSWGR DL541 locos class leader rolled to a stop at Delec in 1962 and soon became a reliable and consistent hauler of tonnage across most of the NSW mainline network.

While mainly employed on freight duties, express passenger train duties were not unknown on their allocated duties and even some branch lines including the tightly curved and steeply graded Oberon line felt the weight of their axles. 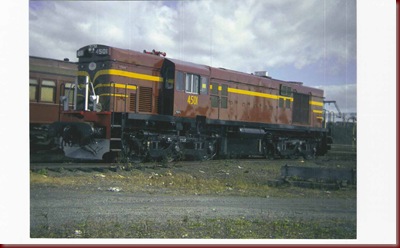 Above: The 4501 photographed at Delec by Bob Winch having just been delivered from AE Goodwin in 1962.

Displaced by the modern “Ready power” locos of the early 1990’s most 45 class locos unfortunately succumbed to the scrappers torch with only 2 now serving in heritage service and another 5(and a bit) surviving in various states of condition.

After a  period of storage and changing strategy Goodwin Alco purchased the 4 5 0 1 from CFCLA in 2002 and transferred it to the Eveleigh large erecting shop  (thanks to a man named (young) Goggo) for restoration. 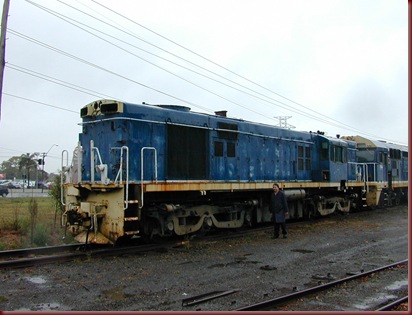 Goodwin Alco’s transformation  of the 4 5 0 1 (the grey one) back to a reliable workhorse was due to the long hours and combined efforts of many oldmates. In 2007 the fruits of their labour were rewarded with the 4 5 0 1‘s successful trial on a Goods road heritage outing followed by a memorable day hauling the “Whoosch to the West – Noodles Express” to Kandos and return. 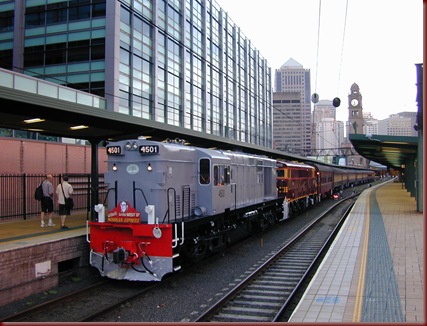 After a brief period of service the Red 4 5 0 1 then re-entered service and continues to this day to support the NSW rail industry earning its keep as well as providing enjoyment for enginemen and rail fans alike. 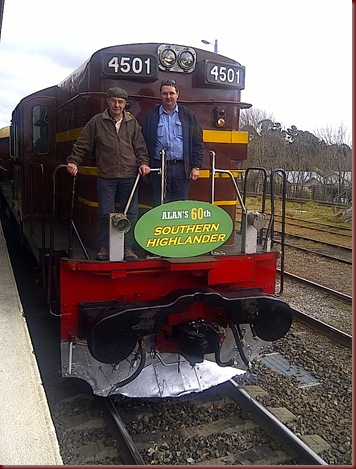 Above: May 2012 at Moss Vale saw the triple celebration of significant birthdays with Alan “Ziggy Snr” Smith reaching 60 years, the 4 5 0 1 in its 50th year and the “Boy” of the group ex fitter Jamie McIntyre celebrating 40 years out of the sack.

Happy Birthday, all the very best.