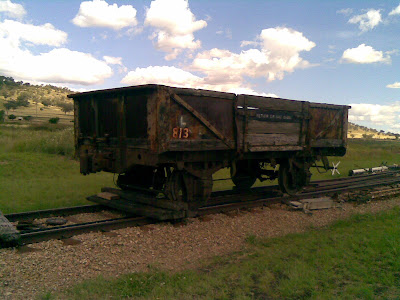 Goodwin Alco is pleased to announce that L813, the S truck won for preservation in the recent RailCorp heritage EOI, has finally arrived at our Werris Creek restoration base.
After a round about period that saw it disappear from Dubbo yard but thankfully found again (thanks to the efforts of our oldmate Keg) 22 miles to the west, L813 was delivered by tilt tray to Älco Park"in early December.
The years of neglect whilst stored at Dubbo have taken their toll but plans are already underway to restore this icon of the öld" railway.
S trucks were once the backbone of railway freight traffic being used for the transport of all kinds of goods throughout NSW.
It is fitting that the first piece of freight rollingstock to be preserved by Goodwin Alco is from such a significant class of vehicle. 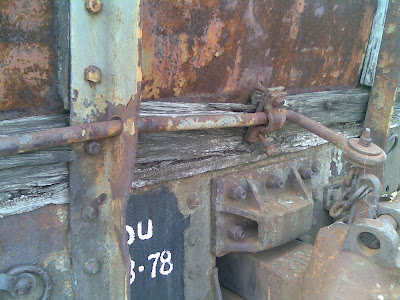 These photos depict the deterioration of L813's body work and an open axle box showing that the axle box lid and brass have been removed. 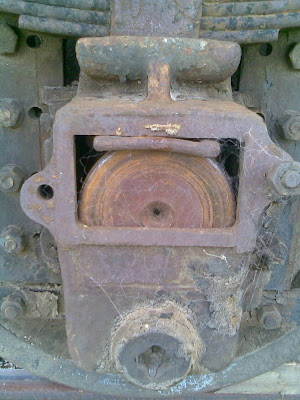