After a marathon restoration historic NSWGR Alco locomotive 4001 has returned to active duty 37 years after it was withdrawn from regular service.

The 40 class were the NSWGR’s first mainline diesel locomotives and survived until the ordering of 442 class locos in the early 1970’s, when they were destined to become donors of parts and scrapped. 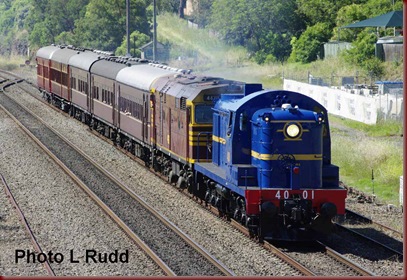 4001 was saved for preservation and its restoration is due to the combined efforts of numerous RTM staff, volunteers and supporters over various eras with many missing components required to rebuild the loco being donated.

Goodwin Alco was pleased to be able to assist the restoration progress firstly with the supply of fan and oil filter components to former Maintenance Manager Jim Martin and more recently via the commissioning and donation of reproduction MLW builder and Alco design plates. 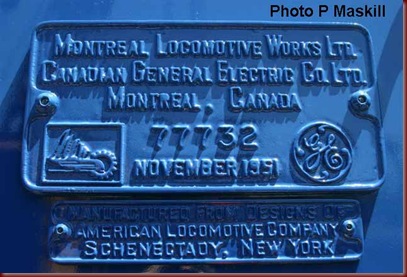 Sporting a shiny coat of fresh Blue paint, 4001 was recommissioned on November 20th and has subsequently hauled 2 tour trains for fans celebrating its restoration. Unfortunately 4001 suffered a fan drive failure during its 2nd outing to Bathurst but is hoped to again be returned to heritage service in the near future.

Congratulations to all involved in the restoration of this historically significant old Alco.